We started business operations under the name "Positive Design" in January 1999 out of a spare bedroom in Northern Virginia. The business focus was to create affordable custom websites for small businesses and organizations and to make it a positive experience for the clients.

After a few years of running the business in this fashion, clients started asking if they could make basic content updates to their websites themselves even though they had no programming skills. We had no good solution for that request. Then, our company president, Steve Schwartz, had a entrepreneurial flash -- to create a system that would provide easy 'edit it myself' functionality for the client requiring only one hour of personal training. Furthermore, each client's website would have its own unique design and colors to match their business brand. The new "PD/GO System" was an immediate success as nearly all clients wanted it.

The PD/GO Team is made up of a diverse group of talented, fun and professional people. We have a passion for making web design a positive experience for our clients. Learn more about our awesome team members below!

Steve grew up in San Pedro California and started attending UC Santa Barbara in 1990. After a year and half, he transferred to Humboldt State University where he earned a Bachelor's degree in applied mathematics with emphasis in computer science. One of his first jobs after college was creating websites for Mobil Corporation. After that, working for a major ISP company, he was tasked with redesigning their unprofessional intranet web pages into an attractive and consistent corporate standard. One day while doing this task, he had an idea that there were likely many thousands of websites for small businesses across the United States that needed to be redesigned and improved. He started doing research and contacting business owners that could use his help. Many agreed to have him improve their websites, and Positive Design was born.

Steve has three children and lives in Vero Beach Florida where he is very involved in community organizations such as the Indian River County Chamber of Commerce, Vero Beach Christian Business Association, and Vero Business For Business Networking. Steve loves travel, cruises, beaches, movies and he occasionally plays drums in a church praise and worship band. 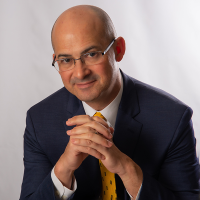 Carrie was born and raised in New Jersey to hard-working parents who had fled Cuba during the Castro Revolution. She has many years experience in administrative and bookkeeping/accounting positions including public school systems and an energy company. She has a great husband and their son is actively involved in youth theatre productions. She helps with setup of new websites, email accounts, billing, and project management. 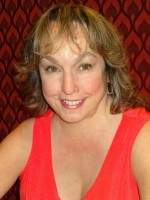 Laura has worked with PD/GO since 2008, joining the team during the five years she lived in Vero Beach. Originally from Greensboro, NC, she now lives there with her husband and two sons. She appreciates telecommuting as a Content Specialist, as it affords her employment flexibility as a stay-at-home mother. She enjoys playing the French Horn in local ensembles, writing for her website The Calico Critic, and working on her master's degree in Christian apologetics from Southern Evangelical Seminary. 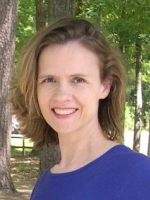 Beverly B. Jones is the owner of PD/GO Web Solutions of Stuart, our first franchisee. Beverly felt that PD/GO was a great complement to her existing public relations and marketing business and bought her franchise in 2011. She enjoys being able to provide her clients with a range of services including: graphics, advertising, copywriting and press releases, photography, marketing and websites. Beverly has owned her own business, BB Jones Communications, Inc. since 1994 and is well-known in her community. Her office is located at 18 Emarita Way in Stuart. Her phone is 772-600-8330 or you can email her. 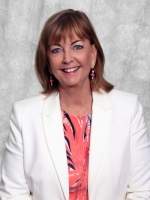 Karen was born and raised in Alabama and attended the University of Alabama where she studied Computer Science. For the next eleven years she co-owned and managed two large franchises based in Birmingham, AL. In 2009 she relocated to Florida and soon after began to learn various internet skills including internet marketing, programming and SEO.

She is a project manager for PD/GO, working hard with clients and staff to ensure that websites are completed on time and budget to the full satisfaction of each client. 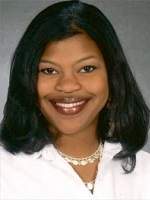 Devin Prater is a great asset to PD/GO and its clients as we keep up with the latest guidelines to develop websites that are compliant with the American Disabilities Act. Devin happens to be blind and uses assistive technologies such as screen readers and his extensive knowledge of the WCAG 2.0 guidelines to make sure websites meet those guidelines, allowing them to be used by everyone. He tests websites with the following operating systems and screen readers: macOS - Voiceover; iOS - VoiceOver, Windows - NVDA and Narrator. He enjoys exploring many different types of technology. He is JAWS Certified and an Assistive Technology Instructor in Training. 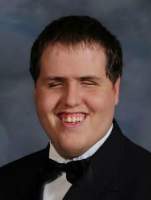 Ed was born and raised in Rochester, NY. After high school graduation, he became a Journeyman Tool & Die Maker. When Commodore computers came out in the late 1970s, Ed purchased one and immediately became hooked on computers. He later worked as a draftsman in Machine Design and switched to Computer-Aided-Design (CAD) in the mid-1980s. He quickly became the “goto person” for computer problems and eventually the IT manager. Part of his professional duties included designing websites for his employers until he retired in 2012.

In August 2015, Ed moved to Vero Beach and where he enjoys fishing, photography and genealogy.

In the fall of 2016, Ed worked on his community association website with the PD/GO team. He enjoyed the project so much that he asked if he could provide ongoing services to the company. He became a content specialist and developed expertise in creating and testing ADA compliant (accessible to people with disabilities) websites for businesses and non-profit organizations

Rachel's past career interests and education have zigzagged from art and photography to computer science, math and biology. She has found that working in web development and design combines her love of art with a scientific mind. She develops web designs in PD/GO version 4. Rachel loves to be handed a design and asked to make it happen! Having lived in San Francisco, Washington DC, and Grand Rapids, Rachel currently lives in a tiny house near the Rocky Mountains in Fort Collins, Colorado with her husband and cats. She enjoys hiking in the nearby mountains, paddle boarding, watching wildlife in her own yard, reading, and photography. 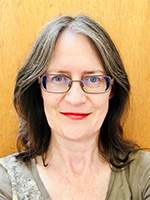 Tino has been the PD/GO team programmer since 2009. He has created dozens of custom database-driven websites, web applications, custom mobile websites, etc. He also adds new features to the PD/GO System, and consults on a whole host of technical issues. He is the 'go to' guy when clients and staff ask, "Can this be done?"

Tino and his wife live in Melbourne, Florida and enjoys working out and cycling on and off road. 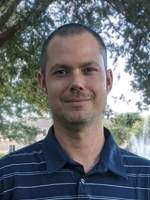 Stephen (aka 'Sharp') is a graduate from Liberty University with a Bachelor of Science in Religion. He is a Red Hat Certified Systems Administrator and a Comptia Systems Support Specialist with A+, Linux+, and Security+ certifications. His interests include fixing computers, messing with Linux, playing video games, and avoiding the sun at all costs. He is married to his best friend, Melodie, and has a beautiful baby named Jude. 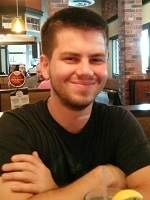 Chris Spence has been a professional graphic designer since 1989 (yes, that was back in the pre-computer, wax paste-up days) and with the PD/GO Team since 2012. He attended the Art Institute of Pittsburgh, where he graduated among the top 5 in his class. When not in front of his computer, Chris enjoys hiking, cycling, downhill skiing, photography, and exploring U.S. National Parks. Many people aren’t aware that Chris designed and managed a successful “Haunted Forest” Halloween attraction in Ohio from 1996-2008.

Richard is an illustrator, designer, writer, and animator who lives and works in Saint Cloud, Florida. Richard attended The Columbus College of Art & Design from 1990 to 1994 and then launched a career as an animator for companies like Warner Bros., Nest Entertainment, Character Builders Inc., Twentieth Century Fox and Walt Disney Feature Animation. In addition to his work with PD/GO, Richard is also the head of the art department at The Hollywood Collectibles Group in Orlando, and of course an avid freelance artist to the Orlando area theme parks.